In the Mind of Tony Potts – Ramblings

I always hate to see careers cut short, I really hate to see Texas Rangers all-star Prince Fielder being forced to call it quits after 12 seasons. Ironically enough he ends his career with the same amount of home runs as his father Cecil Fielder.

Also, hate to see Alex Rodriquez call it quits. I was really hoping that he would get 700 homeruns, but 696 will be his end mark.

I am just not into this year’s Olympic Games for whatever reason. Maybe it’s because I have a two year-old and she would rather watch reruns of Andy Griffith than the games.  On the flip side, I hear Michael Phelps is smoking it in this year’s games.

Is anyone else excited about the college football kickoff?  My season tickets game in the mail this week and it’s just got me more anxious.  It’s going to be different not seeing Coach Mark Richt on the sidelines in Athens this year.  However, we can enjoy the honeymoon period with Kirby.  Get past North Carolina in the Dome and the Dawgs should make it to Ole Miss 3-0, with Tennessee the following week at  home.

By then we should have a good indication of what to expect. The best part is all of the suspensions and current injuries should be fixed by what I am calling “the gauntlet”.

If Georgia can manage to only lose one of those games, the Florida game would decide the SEC East most likely.  From a strategic standpoint, an Ole Miss loss and a Tennessee win for the Dawgs would set things up nicely.  After all, the Vols have to host Bama after traveling to Texas AM.

I think Kirby Smart is already getting under the skin of Nick Saban.  Maurice Smith is doing all he can to transfer out of Alabama and come to UGA. The kid has already graduated and can play immediacy.  Nick says he can go anywhere but the SEC.  Bama fans are calling Kirby a hypocrite after refusing AJ Turman to transfer to Miami.  Well, Turman was a redshirt sophomore with many years of eligibility left.  Smith has fulfilled his time at Bama, graduated and as such should be allowed to transfer where he wishes.

The Bama-Georgia rivalry will be heating up soon. Well, that is until Nick Saban retires in a few years and Dabo Swinney comes over from Clemson. 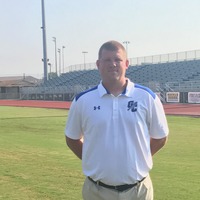 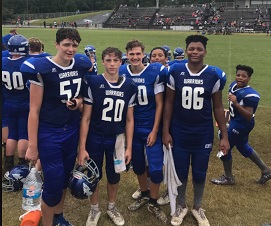