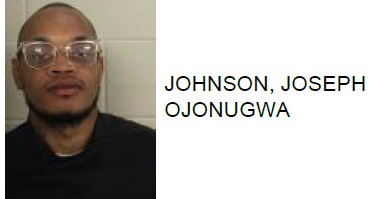 Joseph Ojonugwa Johnson, 32 of Rome, was arrested after police said they found him to be in possession of a Taurus .38 special that had its serial number removed.

Police added that Johnson is a convicted felon, and as a result by law was not allowed to even possess a gun.

The weapon was located after police said they pulled him over and finding that he was driving under the influence of alcohol and without a license.

Johnson is charged with DUI, driving without a license, criminal use of an article with an altered id mark, and possession of a firearm by a convicted felon.

In the Mind of Tony Potts – ‘McGarity’s Guy’

In the Mind of Tony Potts – Show me the Money!