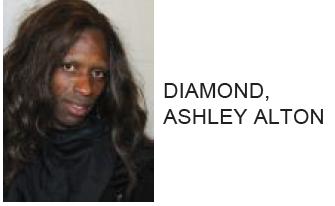 Ashley Alton Diamond, 39 of Rome, was arrested on Thursday after being arrested on traffic violations.

Reports said that Diamond was released on her recognizance after two hours.

Diamond is charged with excessive speeding and driving on a suspended license.

According to the Southern Poverty Law Center, Ashley Diamond, the transgender inmate from Rome, who sued the Georgia Department of Corrections after being denied a safe environment and medically necessary gender dysphoria treatment, was released this week after more than three years in prison, where she was housed with male inmates and sexually assaulted eight times. Diamond, 37, was released from Augusta State Medical Prison just five days after the Southern Poverty Law Center filed additional documents supporting her motion for preliminary injunction in a lawsuit filed in February. The papers, which include sworn statements from multiple transgender inmates, demonstrate that the GDC continues to systematically deny appropriate care to transgender inmates, despite having earlier announced a policy change.

‘I’m overjoyed to be with my family again and out of harm’s way,’ Diamond said. ‘Although the systematic abuse and assaults I faced for more than three years have left me emotionally and physically scarred, I’ll continue to fight for justice and to shine a light on the gross mistreatment of transgender inmates in Georgia and nationwide.’

Diamond began serving an 11-year sentence for a nonviolent offense in November 2012. She was eligible for her first parole hearing this November but was released to family members Monday.

The SPLC filed suit – Diamond v. Owens, et al. – in the U.S. District Court for the Middle District of Georgia after Diamond was sexually assaulted repeatedly and denied proper treatment for her gender dysphoria, a medically recognized condition in which individuals identify emotionally and psychologically as a gender different than they were assigned at birth. She had been receiving hormone treatments for 17 years prior to her incarceration.

The suit alleges that the GDC’s failure to protect, train and provide medically necessary care to Diamond and other transgender inmates violated the Eighth Amendment’s ban on cruel and unusual punishment and placed inmates at a grave risk of harm. The denial of safety and care has caused Diamond to compulsively bind her genitals, attempt suicide and self-castration, and experience post-traumatic distress, anxiety and depression.

Diamond’s case has drawn international attention to the abuse and mistreatment of transgender inmates.

On April 3, the Department of Justice filed a statement of interest supporting the lawsuit. The DOJ claimed that Georgia’s ‘freeze frame’ policy – which prohibited treatment for inmates beyond the care they received before incarceration – was unconstitutional.

Under the widespread scrutiny, GDC revised its gender dysphoria policy and adopted new guidelines to provide constitutionally appropriate treatment. The GDC also agreed to start Diamond on hormone treatment. The dosage, however, remained inadequate for months, according to the SPLC’s most recent filing.

Diamond has also endured ongoing punishment for her female gender identity and been denied access to female undergarments and grooming items pursuant to GDC policy, even though her medical providers have recognized that gender expression and role change are medically necessary treatments for gender dysphoria.

Meanwhile, Diamond has continued to suffer preventable sexual assaults. On June 10, she was assaulted after GDC officials placed her in a cell with a known sex offender.

The SPLC’s latest filing states that Diamond remains in ‘great peril’; that she is still being denied medically necessary care recommended by her providers; and that transgender inmates continue to suffer abuse and be denied medical care despite ‘surface changes.’

Though she has been released, the SPLC will continue to litigate the case.

‘While we’re thrilled that Ashley Diamond is out of prison, our lawsuit is far from over,’ said Chinyere Ezie, SPLC staff attorney. ‘Ashley has endured more than three years of systematic abuse based on the Georgia Department of Corrections’ unconstitutional policies toward transgender inmates and woeful lack of care. Her release does not erase her barbaric treatment by GDC officials, which was tantamount to torture. Nor is her plight isolated. We will continue to advocate for an end to prison practices that unfairly punish and inflict pain on transgender inmates.’

In the latest court filing, Diamond said that being barred from expressing her female gender “is the cruelest form of torture I can imagine. It intensifies my gender dysphoria and creates mental anguish and physical distress by communicating to me that my entire existence is wrong. I am constantly misgendered by GDC personnel who insist on referring to me using male pronouns, calling me demeaning names like ‘faggot,’ ‘he/she’ and ‘it.’’

Diamond has been disciplined for female self-expression. Prison officials put her in solitary confinement on Aug. 4, allegedly for her protection, until her release.

Diamond said her ‘gender dysphoria symptoms, suicidality, and impulses to self-harm have worsened. I am locked down in a solitary cell for 24 hours a day, without access to light, exercise, or running water. Twenty-four hours a day I battle a debilitating and agonizing desire to end my life, because being forced to change my gender and live as male makes me feel like I am already dead.’ 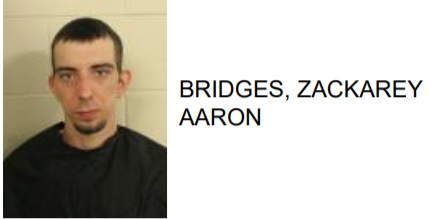 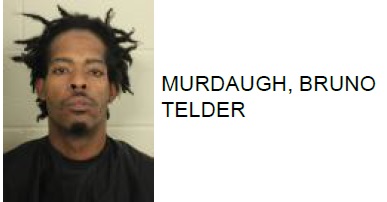 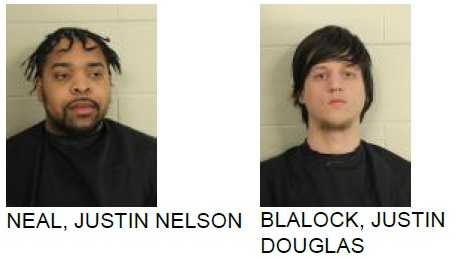 Police Find Over a Pound in Marijuana, Loaded Gun and More in Traffic Stop