The high’s of the mountain aren’t nearly as the lows of the valley.

That statement pretty much sums of the 2016 University of Georgia football season.

Heck, we have to put blame somewhere, don’t we? This is 2016 where everyone in the world is finger pointing happy, right?

Well, here’s what I think. I think the team lost its “fire”.  Kind of ironic since the team’s videographer all season has used the theme “Autumn Fire” in its hype videos.

So what do I mean by that? Well, everyone likes to win. It’s human nature.  It is those that HATE to lose that wins more often.  When it eats at your soul to walk away not winning something that is when things change for you.  It is at that moment, in my opinion, that greatness in born.

I think you can work hard, work steady, and work your tail off, but if you don’t hate to lose, you will.  It is those that lose sleep, eat and grieve their selves after a loss that makes them better.  I think it resembles that “it” factor that only a few possess.

The Georgia football team did not HATE to lose this year. I watched as after a loss they went downtown and had a jolly ol time.  I get it. They are kids. Well, I never liked to lose, at anything.  I get mad if my 15 year-old beats me in Monopoly.  It is what it is.  The sourness of losing is more important than the sweetness of victory.

This mindset has to be changed in Athens.  I think Mark Richt left this in Athens.  I believe that Kirby Smart will change that over the next few years.   I get that “these are Richt players” and I get that “Kirby was the coach”.

However, in the fourth quarter, when the war is raging it came down to how much do you want to fight for your captain in 2016.

When Mark Richt rallied his players on a knee they would fight a tiger for him.  They would give their last breath for that man.  The 2016 squad would not do the same thing for Kirby.  It’s not about right or wrong, it’s about the way things are.

If you worked for a boss your whole life and adored him you would fight for him, no questions asked. If said boss gets let go and you’re not exactly keen on the new guy, you may think twice before volunteering for that double so he can take his kid to the circus.  It is what it is.

I feel that once Coach Kirby Smart gets his guys in there then you will see the talent balance out with the fire.  Mark Richt liked to win. Kirby Smart hates to lose. There is a difference.   Patience Bulldog Nation, you will soon find out what that difference is.

So last week I went 8-2 on rivalry week. Not bad, expect one of the two was the most important ones for me.  Let’s hope Championship week works well for me in this week’s Potts’ Picks. For the season I am 89-41.

Oh, by the way if you are Oklahoma State how pissed off are you at this moment?  The two loss Cowboys should only have one.  Remember earlier in the season when the refs gave Central Michigan another play because of a penalty and they scored a winning touchdown on it? Also, remember the next day the NCAA came out and said that the play should have never happened?  They would be sitting at 10—1 and right there with Washington fighting for a spot in the college football playoffs.   Remember that the next time you get mad at how the season has gone for your favorite team. 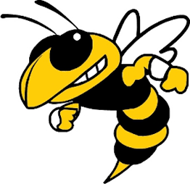