The Dawg Days of summer are coming to an end and college football is here!

Everyone wants to throw Bama, Clemson, Oklahoma and Florida State’s name around as playoff teams…. Not so fast.

First let’s go with my SEC winner. Last week I predicted LSU and Tennessee battling it out in the Georgia Dome.  Winning the big game is a trait learned, just ask Alabama.  Tennessee is good, but they have yet to get that one little trait. Les Miles always has tricks. LSU will be one of the four playoff teams after beating Tennessee.

That brings us to the ACC.  There’s no way that two teams will be represented in the playoff from the ACC.  Clemon and Florida State will battle it out for the Atlantic side. In the end I am going to have to go with Florida State for two reasons. One, its in Tallahassee. Two, Clemson just can’t forget how to “Clemson” overnight.  Florida State in the playoffs.

The Big 10 is always there.  Ohio State is the favorite. Michigan is the darling.  The East side is stacked with the above plus Michigan State and Penn State. The west side has Iowa last year.  Im not going to lie, I don’t follow Big 10 football like I should. It’s just not fun. So I’ll go with the easy pick of Iowa.   The wolverines will show their toughness this year because all the big games are on the road: Michigan State and Ohio State. That being said, I am going to have to go with the Buckeyes to take the conference and take a spot in the playoff.

That leaves us with the Big 12 and Pac 12. No championship game really hurts the Big 12. Oklahoma’s path to the playoff will be decided on Septmber 17th when they host Ohio State.  A victory there and the Big 10 stays home. I don’t see it happening.  As a result I see the Big 12 being shut out of the playoffs.

That means the Pac 12 will be in this year after sitting at home last year.  With Southern Cal playing Bama to start the year the conference can get a big push with a win by the Trojans. However, despite that game I think the conference championship will go to the Trojans brother.  I think UCLA will shock the conference and take the 4th seed in the playoffs.. if they get past Stanford in late September.  If not USC will find a rematch against an SEC foe.

Now is the time you have all been waiting for! Potts’ Picks! Last year I finished with a strong 78%. 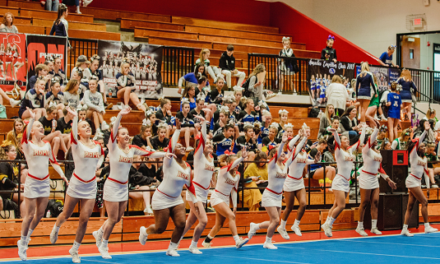 In the Mind of Tony Potts – Is it Time for the Fox to leave?