In the Mind of Tony Potts – Being Married to Coach Richt

I feel like I am married to Coach Mark Richt.

You laugh at that comment, but here’s why. Here is a man who has given his all ,to not only the University of Georgia, it’s team, and it’s fans, but also the players as men.  What is college all about? It is about sports or is it about making boys into men and helping them succeed in the ‘real world’. I am torn on this.

The donor side of me wants wins, and wants them now. I am sick to death of seeing Alabama ‘fans’ walk around with their nose so far in the air they have to walk inside when it rains out of fear of drowning. I am tired of hearing Coach Richt can’t win the ‘big one’ or ‘always the bridesmaid never the bride’.   Those long drives back on 316 after a loss makes me nauseated. Listening to the Bulldog Call-In show is like throwing a steak in a kennel full of hungry pit bulls. You know you shouldn’t watch, but you can’t make yourself turn away.

The dad side in me thinks different. I would want my child to play for Coach Richt any day of the year. He has proven to always stand beside his men and fight for them until the bitter end. Look what he did for Paul Oliver’s family when he committed suicide. I have a friend that that played with Oliver and attended the funeral. If you could only hear what he said that day about Coach Richt you would get chills. Life isn’t always about winning and losing is it? At what point does the seesaw titter?

It’s like a marriage. Things are going good, but not great. Great leader, but our family of four is still stuck in a two bedroom apartment. It’s not the worse conditions, but it sure would be nice for an improvement. We have money in the bank, but still not enough for that new car we so desperately need. Or do we need it? Or do we just want it really bad? It’s those wants and needs are parents try to teach us about as a child. Do we divorce and see what’s out there? Or does the better or worse thing we once promised ring in our heads?

The players seem to support the coach. Of course, how many team’s don’t come out in support of their guy? Remember Jim Donnan? The guy went 8-4 and 10-2 while never losing a bowl game under his watch.

Speaking of Donnan, here’s something I looked up. Richt’s best teams (2002,2003) were lead by Donnan recruits. Remember Richt didn’t sign his first class until 2001.   Think about the players that were already ‘coached up’ and on campus when Richt got to Athens. Here’s a few; Reggie Brown, Chris Clemons, David Greene, Sean Jones, Musa Smith, Jonathan Sullivan, Will Thompson, Kendrell Bell, Kevin Breedlove, Kentrell Curry, Damien Gary, Charles Grant, Michal Johnson, Jonathan Sullivan and local guys Ken Veal and Jonathan Kilgo, all the main ingredients to the 2002 team that went 13-1.

If I seem all over the broad, it is because I am. Since 2010 and the 6-7 season the program has been on its way down.   It almost seems like Richt is two years to late in making a coaching change.   Now the rumor mill has it that defensive coordinator Jeremy Pruitt has all but called out Mark RIcht and his manhood in front of numerous coaches and players. But Pruitt is the best thing on the team many say. Gosh, I just don’t know. What about the recruiting class this year that features the top quarterback in the country Jacob Eason?

We are talking about a coach that never won the SEC with the ‘Dream Team’. Remember those guys? What about the 2006 class? These guys never even won the East! We are talking about a class that featured Matthew Stafford, Knowshon Moreno, Kris Durham, Akeem Dent, and Gino Atkins. Never has a man with so much talent won so little.

Honestly, I would not be upset either way. I just hope that our fans remember something on Saturday. We are the Bulldog Nation and we stick together. As long as Coach Mark Richt is our captain, I will have his back. The ‘G’ is more than one person. The ‘G’ that we all wear above our hearts represents family. I will always have my family’s back.

Back to Back Week’s going 8-2 now brings my yearly total to 64 for 90, a solid ‘C’ with plenty of time to keep moving forward. 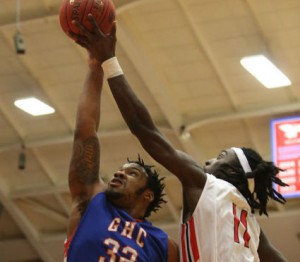 In the Mind of Tony Potts – The Kings of the Mountain