“By exploiting her position with the Georgia Vocational Rehabilitation Agency, Lyke allegedly orchestrated a sophisticated, long-term scheme to fleece taxpayers of more than $1.3 million through doctored records and the creation of fake students with non-existent disabilities,” said U.S. Attorney Ryan K. Buchanan.  “Lyke’s alleged enterprise was uncovered through the collaborative efforts of the Georgia Office of Inspector General in partnership with the FBI.”

“Through her alleged scheme, Karen Lyke targeted money meant for those with disabilities trying to improve their lives,” said Keri Farley, Special Agent in Charge of FBI Atlanta. “I’m proud of the work of the FBI and our law enforcement partners for their work in this case. We will continue to work together to stop those who steal taxpayer funds.”

“Not only is theft of government money a serious crime that will be vigorously investigated, but all too often it also deprives our most vulnerable citizens of vital assistance,” said Georgia State Inspector General Scott McAfee. “OIG will continue to uphold the integrity of state programs and ensure taxpayer dollars are used for their intended purpose.”

“The Georgia Vocational Rehabilitation Agency is committed to protecting the interests of Georgia’s taxpayers and our constituents. Therefore, we notified the Georgia Office of Inspector General as soon as we suspected fraud in this matter,” says GVRA Executive Director, Chris Wells.

According to U.S. Attorney Buchanan, the charges, and other information presented in court: the State Vocational Rehabilitation Services Program is a federally funded program administered by the U.S. Department of Education that offers grant money to assist states to provide services to individuals with disabilities. To be eligible for the State Vocational Rehabilitation Services Program, individuals must have a physical or mental impairment that results in a substantial impediment to employment and require services to achieve employment and to maximize career goals. Across the country, state vocational rehabilitation agencies offer various services to individuals with disabilities, including tuition assistance for vocational training and college education.

During this time, the GVRA assigned counselors to assist its clients, including helping clients to obtain tuition assistance. To obtain tuition assistance, a client was required to provide the GVRA with documentation to support obtaining GVRA funds, including: (a) medical records demonstrating a disability related to employment, (b) a driver’s license, (c) proof of registration for classes, and (d) financial aid information. After receiving the information, the client’s GVRA counselor reviewed the documentation and, if the counselor approved the request for tuition assistance, a check was mailed to the client for the requested educational expenses. From June 2015 to March 2019, Lyke served as a GVRA counselor in its Norcross, Georgia office.

From approximately May 2016 to November 2020, Lyke and a close relative (the “Family Member”) allegedly conspired to steal money from the GVRA by claiming educational expenses for approximately 13 fake students. Lyke and the Family Member used the names of actual friends and relatives as the names of the fake disabled students seeking tuition assistance from the GVRA.

Lyke and the Family Member allegedly used the names of friends and relatives to create fake medical records to make it appear that the approximately 13 fake students qualified for tuition assistance from the GVRA. Lyke and the Family Member claimed that these fake students suffered from disabilities or illnesses like AIDS, cancer, psychosocial impairments, or muscular dystrophy.

Lyke and the Family Member then used photo-editing software to alter authentic college transcripts, financial aid reports, and proofs of registration from actual GVRA clients to support claims that the fake students attended schools like the Georgia Institute of Technology, Georgia State University, or the University of Georgia. Lyke then allegedly uploaded the sham driver’s licenses, transcripts, financial aid reports, and other documentation into the GVRA’s electronic database.

Based on false documentation, Lyke caused more than 230 checks to be mailed to approximately 13 friends and relatives for claimed educational expenses. In fact, none of the 13 fake students attended any colleges or universities.

From approximately August 2016 to February 2019, Lyke and the Family Member also allegedly conspired to steal several high-value computers from the GVRA. Lyke stole multiple computers in her capacity as a GVRA counselor by ordering:

Based on the conduct alleged above, the U.S. Attorney charged Karen C. Lyke, 37, of Toledo, Ohio, in a criminal information with one count of conspiring to commit federal program theft. Lyke has stated her intent to plead guilty to the charge.

Members of the public are reminded that the information only contains a charge. The defendant is presumed innocent of the charge and it will be the government’s burden to prove her guilt beyond a reasonable doubt at trial if the defendant foregoes entry of a guilty plea and the matter is indicted. 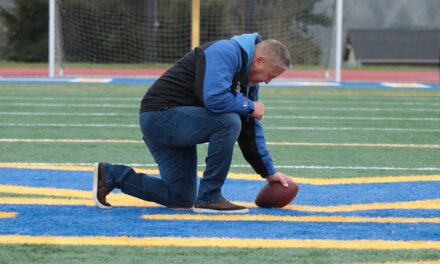 Former Department Administrator Pleads Guilty to Defrauding MARTA Out of More Than $520,000