As authorities in Bartow County are continuing to investigate what appears to be a murder-suicide, TMZ reported that the victim was the mother of well-known record producer Metro Boomin.

Reports said that the bodies of Leslie Duncan and Lawrence Duncan of White have been sent to the GBI Crime Lab for autopsies.

TMZ added that MB’s mother, Leslie Joanne Wayne, appeared to be murdered by her latest husband, Lawrence Duncan, before he killed himself.

Cartersville Police began conducting a death investigation in the parking lot of a commercial building at 15 Postelle Street on Friday morning.

A complainant stated he observed a female moving around in a silver 2016 Ford Fusion at about 8 a.m. Thursday. He said that the car was still there when he left the parking lot at around 5 p.m. Thursday. He also observed the vehicle in the same spot upon arriving on Friday at around 11:30. When he looked inside, the female was not breathing.

Police found the woman discolored with no pulse. An officer located a wallet with a driver’s license and a plastic bag with suspected methamphetamine.

The coroner’s office picked up the body. They have not positively identified the subject at this time. 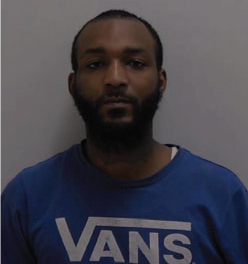