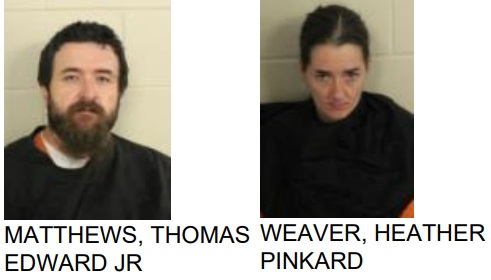 Thomas Edward Matthews Jr, 42, and Heather Pinkard Weaver, 38, both of Rome, were arrested this week after police said they allowed three children to live in deplorable conditions.

Police went on to say that the refrigerator had a lock on the outside, preventing the children from getting food.   They added that food in the home was also scarce.

Matthews is charged with three counts of contributing to the delinquency of a minor and contempt of superior court.

Weaver is charged with three counts of contributing to the delinquency of a minor.

Floyd County School Board Meets on Possibility of Guns for Teachers