Floyd County has finalized its tallying of votes with a total of 3,060 being added to the original count on election night.

Other counties around Georgia had similar issued with the recount, those being, Douglas, Fayette and Walton

The hand count is not expected to change the end result according to state election officials.

The additional votes also failed to change any local election.  New totals are as follows:

After a second recount in Floyd County additional votes were discovered on Tuesday afternoon.

On Monday, the Floyd County Elections Board said that 2,631 more ballots were counted than on election night.

However, on Tuesday that number again increased, this time to 3,055.

The latest has President Trump gaining 968 votes more than Joe Bidden. The new totals were 2,001 for Trump and 1,033 for Biden, with 21 for the Libertaian candidate.

On Wednesday the office will readjudicate the provisional ballots. This is expected to increase the totals yet again.

The Floyd County Elections Board will have a called meeting on Thursday after Georgia’s Secretary of State called for the resignation of local elections clerk Robert Brady.

The move came after 2,500 ballots were found not counted following a hand recount in the presidential election over the weekend.

The latest reports said that an investigator with the Secretary of State’s office determined that the miscount was due to “technical issues caused by human error”.

However, according to GOP Chairman Luke Martin, “We have yet to figure out if the error was in fact a computer or user error.  I’m not confident that we will ever truly know”.

Scotty Hancock, Floyd County Commission Chair, “This error will be corrected, but this is unacceptable it happened.” He added, “When or if we find out what caused the error we will take action.”

In fact, Hancock stated, “I am disappointed in Secretary of State Brad Raffensperger on his actions Monday.  He should have not gone to the media with blame without knowing what was actually going on here.  This is a local issue with our elections board and asking for the resignation of Robert Brady until we find out what caused the error was premature.”

According to Floyd County GOP Chairman Luke Martin there were an additional 1,643 votes for Republican President Donald Trump, 865 for Democrat President-elect Joe Biden and 16 for Libertarian Jo Jorgensen.

The issue comes as the result of a replacement scanner being used following issues with the original. Sources state that the ballots were canceled out by the machine made by Dominion.  The question still remains, despite numerous reports from other media that it was “human error”, what caused it to not count the nearly 3,000 votes.

With members of both the local Democratic and Republican parties observing hand counting of presidential votes in Floyd County it appears that close to 3,000 ballots were not counted on election night.

According to Board of Elections Chairman Tom Rees, “the hand count added 2,631 more votes than were registered by computers.”  That number was released on Monday after nearly 20 hours of hand counting over the weekend.

It appears that the votes did not come from day of voting or absentee, but rather early voting.

According to Luke Martin, Floyd County GOP chairman, “It is scary that this happened in Floyd County.  Imagine what the numbers could look like in places like Fulton County.”  Martin added, “It appears that our elections office did not misplace any ballots, rather it appears as if this is a computer software mishap with the Dominion system.”

Wendy Davis, Rome City Commissioner. “I am proud of the wonderful people who came in and worked tirelessly for two days. What we discovered that the count that the elections office turned into the secretary of state was wrong. “

Of the 2,631 votes sources at the elections office told CVN that it appeared that between 1,600 and 1,900 were cast for President Trump.

Reports stated that early votes cast on October 24 were not counted due to a scanner error. Officials said that after a scanner broke, the ballots were taken to a second scanner where they were wrongly scanned.

It was also reported that several provisional ballots were counted more than once. There should have only been 141 ballots cast but 216 were counted.

By calculations; 38,588 votes were cast in the presidential election in Floyd County, meaning the ballots found equal 6.8% of votes not originally counted. 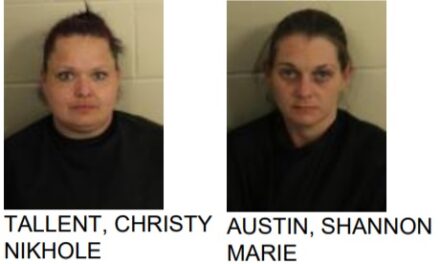 Women Found with Bags of Meth, Marijuana While Shoplifting at Hobby Lobby in Rome 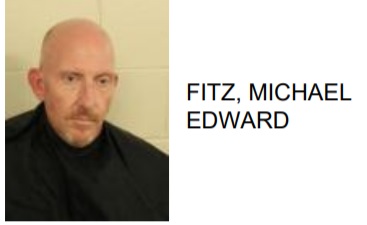 Rome Man Arrested After Placing Other in Fear