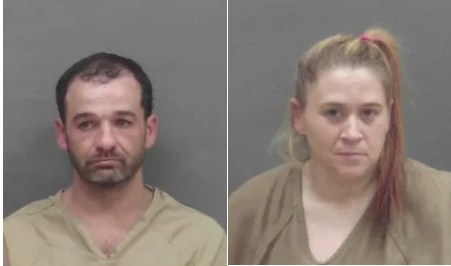 Gordon County deputy sheriffs were searching for a fugitive at a convenience store at Interstate 75 / US Highway 41 near Resaca.

The deputies quickly identified and apprehended this man, identified as on Jeremy E. Silvers, age 41, 4018 Ashley Brook Drive, Resaca. He was arrested without incident while playing a video game. A female aquaintance of Silvers was also engaged in the video gaming and was questioned by the deputies. She was subsequently identified as Lindsay Butterworth Moutardier, age 33, of 2092 Pleasant Valley Road, Ranger. Deputies used a GCSO K9 in a search of their automobile in the parking lot, and located a large amount of methamphetamine packaged for resale and over $12,000.00 in counterfeit $100 dollar bills.

On the reverse of these fake bills, investigating officers found Chinese characters in red ink. She was arrested without incident as well. Both face charges of Trafficking in Methamphetamine, Forgery, and Possession of other Illegal drugs. Both are lodged in the county jail pending bond proceedings.

Merchants and residents are warned against accepting bills such as those depicted here, which investigating officers described as having a ‘slick’ feel. 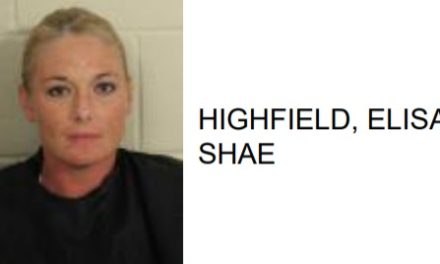