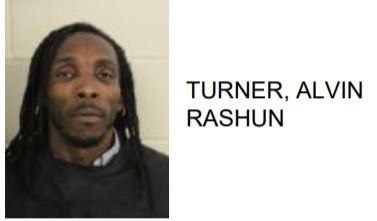 Alvin Rashun Turner, 33 of Rome, was jailed on a drug distribution charge after being pulled over for improperly displaying his license plate.

Reports said that after being pulled over on Calhoun Avenue officers found $300 in cash, marijuana in a glass jar, numerous plastic baggies, and a digital scale containing drug residue.