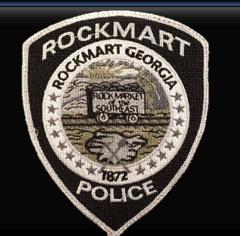 On Sunday, September 15, 2019, Officers from the Rockmart Police Department were dispatched to Monarch Drive in reference to the homeowner seeing 4 suspicious males in hoodies on his property. Within 3 minutes, Officers were in the area and located 4 young males fitting the description given out. After further investigation, all 4 were arrested and charged with Entering Auto, Criminal Trespass, Loitering and Prowling, and other charges. One of the individuals was found to be in possession of a firearm that later showed to be stolen. He was charged additionally with Theft by Receiving Stolen Property. It should be noted that two of the individuals charged were juveniles, ages 15 and 16, respectively. Great job by the responding Officers. They were very prompt in responding and are commended on a thorough investigation.

We have received numerous complaints over the past several weeks of vehicles being entered and items being stolen. We have stepped up patrol in these areas and will investigate all complaints received. As always, please remember to lock your vehicles at night and not be an easy target and report any suspicious activity/persons in your area.