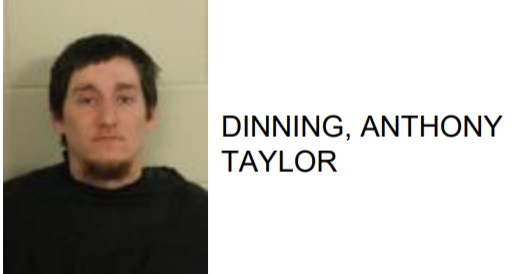 A Rome man, Anthony Taylor Dinning, 25, was jailed for the second time in days this week after he allegedly held a woman against her will in a bathroom.

Reports stated that Dinning refused to allow a woman to leave the bathroom at a home on Shorter Avenue.

Reports added that the victim had to break down the door to get out.

Dinning is charged with false imprisonment

Anthony Taylor Dinning, 25 of Rome, was arrested this week after police said he pushed and hit a 38 year-old man at a home on Shorter Avenue.

Reports said that while Dinning was being taken into custody he fought with officers and stated that he “would not go back to jail”.

Dinning is charged with battery and obstruction.