Rockmart Man Found with Stolen Car While Trespassing in Rome 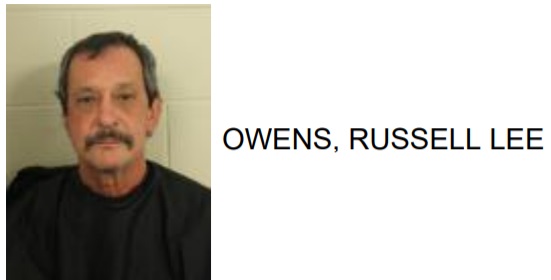 Russell Lee Owens, 62 of Rockmart, was arrested in Rome after police said he went to a property that he was not allowed to be at and placed victims in fear of their wellbeing.

Reports added that investigating officers found that Owens was driving a stolen vehicle.  He also allegedly admitted to knowing that the tag on the vehicle did not belong to it.

Owens is charged with prowling, criminal trespass, driving without a license, theft by receiving stolen property and buying or selling a vehicle with an altered ID number.