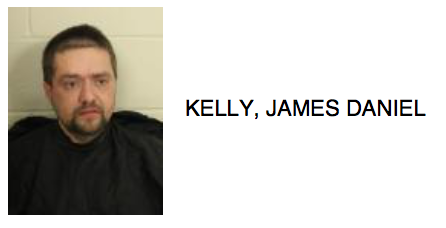 James Kelly, 37, of Rome was arrested this week for hitting his girlfriend.

According to police, Kelly hit his girlfriend with a closed fist causing her lip to bust and bleed. Kelly also charged towards his girlfriend’s mother, placing her in fear of being injured.

When officers arrived, he acted aggressively towards them, as well.

Once at the jail, he was found to be in possession of methamphetamine.

Expect a traffic shift on Tennessee Street in Cartersville