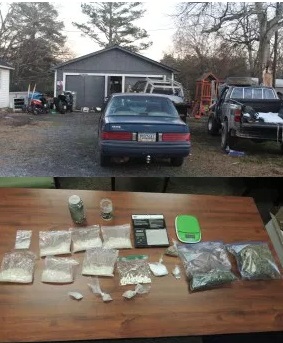 On Monday, December 11th, deputies were dispatched to Plainville in response to a report of a possible stolen vehicle. The report came from a citizen concerned over suspicious activity. Upon arrival deputies did discovered an automobile reported stolen from another jurisdiction. Two men, subsequently identified as William Edward Cox, age 45, of 3897  Highway 225, Chatsworth, and Randall Dale Chastain, age 37, of 520 South Plainville Road, Plainville, were arrested at the scene without incident.

Sheriff’s detectives were summoned to the scene and a search warrant for a private premises was obtained and executed. The warrant resulted in the discovery of a number of stolen all-terrain-vehicles (ATVs), stripped automobile, motorcycle, and ATV parts, VIN plate stamps, a blank key fabrication device, and a number of items from which serial numbers had been altered or removed, all elements and evidence of a “chop shop” operation. The detectives also discovered and seized numerous other items of stolen property: a firearm, collectible model cars, a safe, and power tools. Most of this property is believed to have been taken in thefts and burglaries in neighboring jurisdictions.

As well as “chop shop” evidence and stolen property, deputies and detectives discovered large amounts of methamphetamine, cocaine and marijuana packaged for resale. Charges have been and are being filed against the defendants for: Trafficking in Methamphetamine, Trafficking in Cocaine, Possession Of Marijuana With Intent to Distribute, Receiving Stolen Property, and Operation of a Chop Shop.

Sheriff Ralston said, “This case was a clear example of how theft, particularly a significant ‘chop shop’ operation such as this, is intertwined with drug trafficking. This is also a great example of our citizens working hand in hand with the Sheriff’s Office to better our community. Gordon County, in this instance especially Plainville, deserves better. This case will be forwarded to our District Attorney for prosecution, and the defendants will be held accountable in our local court system.” 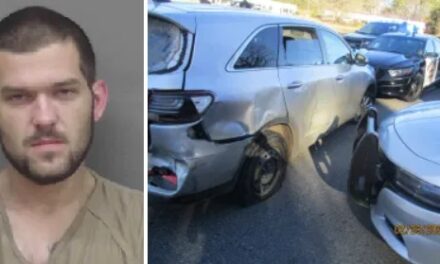 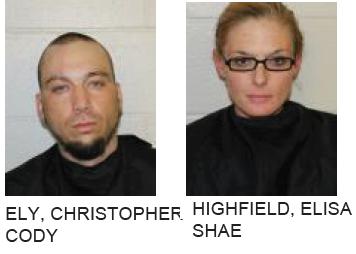