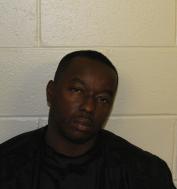 Mallory Dion McClarity, 48 of Forrest Park, was arrested at Floyd Medical Center Wednesday  after he allegedly threatened to blow up the hospital and kill several of its employees.

Reports added that McClarity then threatened to “get his gun and crew” so that he could kill two particular staff members.  Police  also said that McClarity became extremely loud and began to disrupt patients sleeping.

McClarity is charged with terroristic threats and acts, disorderly conduct and parole violation.