Quinton Antonio Wood, 26 of Rome, turned himself into the Floyd County Jail over the weekend after he was accused of committing financial card fraud.

Reports stated that on May 9th of this year a victim reported that she misplaced her wallet, which contained several financial cards.

Reports added that Wood found the wallet and used a United Community Bank and a Chase Community Card to withdraw money from an ATM. 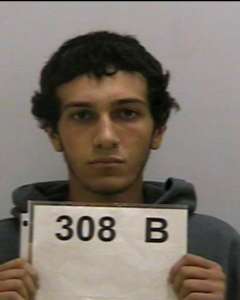