A fugitive from New York was captured in Rome after a Neighborhood Enhancement Program police initiated a routine traffic stop this week.  Reports said that Markiis Hammond, 27, was pulled over at the corner of Reynolds Street and Euclid Avenue in North Rome, for allegedly running a stop sign.

Authorities said that when asked for an ID Hammond failed to provide one, and then proceeded to give them a false name.

They later determined Hammond’s true identity and that he had an active warrant for his arrest.

He was taken into custody and charged with giving a false name to a police and is being held on a felony fugitive from justice charge. 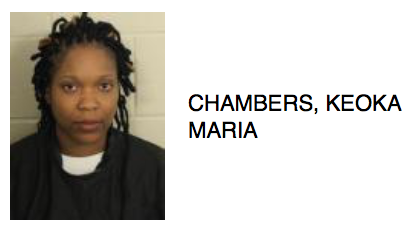