Kirby Smart got slammed this week by Mike and Mike on ESPN for his transfer ruling.  It’s a shame, but with ESPN it doesn’t surprise me, that they did not do their homework.  The SEC restricts players from transferring within conference, it isn’t a team thing.

What players under Richt TRANSFERRED, not were kicked off and then left, to other SEC schools? Zero

Nick Marshall went JUCO, Tray Matthews was kicked off and was basically a free agent, same with JohnTaylor.

It’s ridiculous that any school’s transfer policy is even in the news.

But hey, Georgia’s slogan is Commit to the G for a reason.

Obviously the biggest shocker for me, and most of the world, was Michigan State getting sent home in the first round as a two seed.  Where was this loss last year when they played UGA in round 1?

For the most part the round of 16 is pretty much seed based.   The most notable exception is the Midwest region where Gonzaga (11) and Syracuse (10) will play for a shot at the Elite 8.  The other other true “shocker” still left is 7 seed Wisconsin who beat 2 seed Xavier.  My dark horse is still riding, Texas A&M, whom I have in the Final 4. They go out, so does my bracket.

In case you didn’t know, and I’m sure you didn’t.  The Atlanta Hawks are a 3 seed in the East. After last year’s dominating season the Birds have gone unnoticed this year.  Everyone is keeping their eye on Golden State and the 73 win season, but I’m starting to think they won’t repeat.  No, no, my money isn’t on the Hawks. It’s on San Antonio. The Spurs are 60-11 and only 4 games behind the Warriors, whom they beat last week.

Baseball is starting to warm up and next week I will have my MLB predictions! 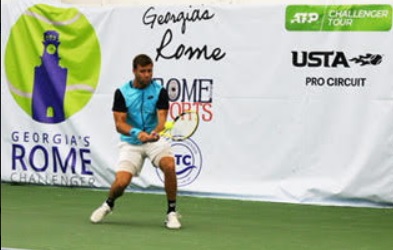