Superior Court documents released this week said that investigators have now seized more than $1 million in assets from former Floyd County School maintenance director Derry Richardson. The latest report shows that Richardson had a net value of $1,015,134.48. The detailed report said that Richardson has $422,860 in real estate, $285,050.75 in financial accounts, $200,000 in stocks and bonds, $47,970 worth of vehicles and $305,000 in other properties. It went on to say that he has total liabilities of $245,746.27.

The latest report showed the $30,000 that Richardson withdrew the day the RICO act was announced. It also shows an additional $50,000 in miscellaneous property that includes furniture, guns electronics, appliances and tools.

Richardson is accused of stealing at least $600,000 from the Floyd County School System over the years. He resigned on April 9, along with several other school system employees.

While he has yet to be charged prosecutors filed a complaint against Richardson under the Georgia Racketeer and Influenced Corrupt Organizations Act (RICO).

Several members of Richardson`s family as well as local businesses have been named in court documents. 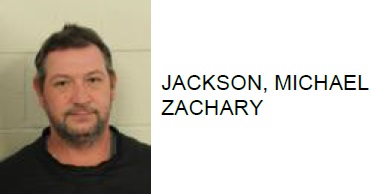 Rome Man Jailed After Kicking Dog who Urinated in Home