Update: A Polk County Judge has ordered Nolle Prosequi in a 2019 court case in which two people were jailed for the death of an 11-month-old child.

Police had arrested Jimmy Phillip Beck, 29, and Karalyn Brynne Lonergan, 26, and charged them with cruelty to children negligently causing excessive physical pain, and contributing to the deprivation of a child resulting in serious injury

A recent court ruling said that although the officer had probable cause, there was insufficient evidence to prove the case beyond a reasonable doubt.

The medical examiner testified that the victim’s death arose strictly from natural causes. Testimony provided that the environment, in which the victim was living in, could not be tied to any condition which led to death. The testimony also provided the victim was clean with all feeding ports well maintained and that the child was well-nourished with no evidence of dehydration. The medical examiner also testified that there was no evidence the child had suffered any form of physical neglect.

Cedartown police have arrested the parents of an 11-month-old child that was found dead on December 23rd. Jimmy Phillip Beck, 29, and Karalyn Brynne Lonergan, 26, were both charged with cruelty to children negligently causing excessive physical pain and contributing to the deprivation of a child resulting in serious injury.

State child welfare officials were also called into the case due to other children living with the couple.

An investigation is ongoing after the death of a baby in Polk County.

Reports said that the baby’s parents found the child on December 23rd.

Responders were called out to a home on Adamson Road and when they arrived they found the 11 month-old child unresponsive on the couch.

Reports added that the mother and father stated that they went to sleep around 5 am that morning and woke up in the afternoon to find the child not breathing.

The baby was pronounced dead around 3 pm.

The child was found pale and with red blotches over the face and body with rigor mortis set in.

The body was transported to the GBI crime lab. 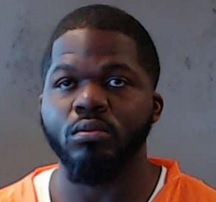