Polk County Police officers attempted to conduct a traffic stop on a GMC Terrain on Highway 27 (S) / Lewis Road for an Improper Lane Change. Officers also observed several other driving mannerisms consistent with DUI. The vehicle came to a stop, and our officers made contact with the driver (identified as Adrian Robinson – 40yom from Cedartown).

Our officers asked Mr. Robinson to step out of the vehicle, but Mr. Robinson dropped the vehicle in drive & drove off. The pursuit continued into the City of Cedartown. While on Cave Spring Road, our officers observed a green bag being thrown from the vehicle.

The pursuit continued through Cedartown, and ended in the area of Queen Street / Marshall Street. Mr. Robinson was taken into custody without incident. Upon the conclusion of the pursuit, our officers located the green bag near the Cave Spring Animal Hospital. Inside the bag, 1.5 kilos of Methamphetamine.

Mr. Robinson was charged with:

– Possession of Methamphetamine with Intent to Distribute

– Possession of Tools for the Commission of a Crime 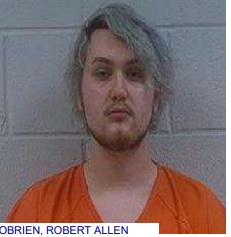 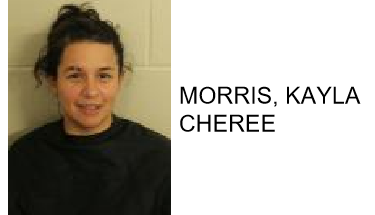 Rockmart Woman Jailed After Attempting to Set up Drug Deal