The Georgia Supreme Court has reversed Justin Ross Harris’s convictions for murder and other crimes related to the death of his toddler son, Cooper, in a hot car, because the jury “heard and saw an extensive amount of improperly admitted evidence.” However, the Court has upheld Harris’s convictions for sexual crimes committed against a teenage girl, which were also part of his criminal case.

Cooper, who was 22 months old, died of hyperthermia on June 18, 2014, after Harris left him for hours strapped into a rear-facing car seat in the back seat of Harris’s SUV, which he parked outside of his office building.

A Cobb County grand jury later indicted Harris for five crimes related to Cooper’s death (malice murder, two counts of felony murder, and cruelty to children in the first degree and second degree) and for three crimes against a 16-year-old girl, C.D., that were alleged to have
occurred between March and June 2014 (attempt to commit sexual exploitation of a child and two counts of dissemination of harmful material to a minor). Due to difficulties empaneling an impartial jury in Cobb County, Harris’s trial was eventually relocated to Glynn County. The jury
there found Harris guilty of all charges in November 2016, and the trial court sentenced him to serve life in prison without parole for murder, plus additional time including a total of 12 years for the sex crimes against C.D.

Among his arguments on appeal, Harris contended that the evidence presented at his trial was insufficient to support his convictions and that the trial court abused its discretion by admitting extensive evidence of his extramarital, and sometimes illegal, sexual activities. The Court today concluded unanimously that the evidence presented by the State, represented at trial by the Cobb County District Attorney’s Office, was constitutionally sufficient to support Harris’s convictions, and affirmed the convictions related to C.D., which Harris did not challenge. But in the 134-page majority opinion written by Chief Justice David E. Nahmias and joined by five other Justices, the Court concluded that much of the sexual-activities evidence was not admissible in regard to the charges related to Cooper’s death and may have improperly swayed the jury, requiring the convictions on those charges to be reversed.

The majority opinion states that it was undisputed that Harris left his son strapped into his car seat inside the SUV, instead of dropping Cooper off at a daycare center as usual on the way to work, and that the heat in the vehicle over the course of the day caused the child’s death. The only significant disputed issue at trial was what was going through Harris’s mind when he left the vehicle and walked into work that morning.

“The State’s theory was that Appellant [Harris] intentionally and maliciously abandoned his child to die a slow and painful death trapped in the summer heat, so that Appellant could achieve his dream of being free to further his sexual relationships with women he met online.

The defense theory was that Appellant was a loving father who had never mistreated Cooper and simply but tragically forgot that he had not dropped off the child on that particular morning. During Appellant’s trial, substantial evidence was presented to support both theories,” Chief
Justice Nahmias writes. “But the State also presented a substantial amount of evidence to lead the jury to answer a different and more legally problematic question: what kind of man is Appellant?”

The State produced as evidence hundreds of explicit sexual messages that Harris sent to numerous young women and girls, as well as testimony from nine of the women and girls with whom Harris communicated. The majority opinion determines that a “large amount of the
evidence of Appellant’s sexual activities had minimal probative value in showing his alleged motive [to kill Cooper] and was needlessly cumulative or highly prejudicial,” particularly evidence that Harris exchanged “lewd and sometimes illegal sexual messages and pictures with
four minors,” the nine color pictures of Harris’s erect penis that the State extracted from messages and blew up to full-page size as separate exhibits, and the evidence that Harris hired a prostitute three times.

Cooper in the SUV and while the child was dying, the majority opinion concludes. However, most of the extensive other sexual-activities evidence did not speak directly to Harris’s possible motivation to kill his son as much as it demonstrated his “repugnant character.”
“[T]he State convincingly demonstrated that Appellant was a philanderer, a pervert, and ven a sexual predator,” the majority opinion explains. “This evidence did little if anything to answer the key question of Appellant’s intent when he walked away from Cooper, but it was likely to lead the jurors to conclude that Appellant was the kind of man who would engage in other morally repulsive conduct (like leaving his child to die painfully in a hot car) and who deserved punishment, even if the jurors were not convinced beyond a reasonable doubt that he purposefully killed Cooper,” Chief Justice Nahmias writes.

Also in the majority opinion, he writes that courts “must guard against propensity and bad-character evidence masquerading as motive evidence because it is fundamental to our criminal justice system that ‘[t]he state is bound to prove the guilt of a defendant beyond a
reasonable doubt, whether his character has been good or bad. It does not follow because an accused person may have a bad character that he is guilty of the particular offense for which he is being tried.’”

Standing alone, the evidence that Harris had a sex-crazed “double life” would not have been relevant to show his motive for murdering Cooper, the majority opinion states. “Withoutevidence that Appellant viewed Cooper as an obstacle to his sexual conquests, Appellant’s
obsession with having sexual liaisons with many women lacks a ‘logical and necessary link’ to the alleged crimes against Cooper.”
The Court’s majority also decides that, because most of the evidence related to Harris’s interactions with C.D. was inadmissible with respect to the crimes alleged against Cooper, the trial court abused its discretion by denying Harris’s motion to sever for separate trials the three counts related to C.D. from the five counts related to Cooper.

In the end, “[b]ecause the properly admitted evidence that Appellant maliciously and intentionally left Cooper to die was far from overwhelming,” the majority opinion concludes, “we cannot say that it is highly probable that the erroneously admitted sexual evidence did not contribute to the jury’s guilty verdicts.”

Justice Charlie Bethel, in a partial dissent joined by Justices Shawn Ellen LaGrua and Verda M. Colvin, states that he believed the State was entitled to introduce, in detail, evidence of the scope, extent, and nature of “the truly sinister motive it ascribed to Harris,” and therefore, the
trial court did not abuse its discretion in allowing the State to produce the evidence at issue. “In light of the theory it presented to the jury, the State had to prove that Harris’s sexual appetites, proclivities, and compulsions were so strong and uncontrolled, and his level of personal discontent so unmitigated, that he would take the seemingly unfathomable step of intentionally and maliciously leaving his young son in a car to ‘cook’ in the heat of the Georgia summer,” Justice Bethel writes. “In my view, the extraordinary task of proving the nature and allegedly limitless extent of those desires and the level of depravity asserted by the State gave the trial court the discretion to admit a detailed and wide-ranging body of evidence concerning those issues.”

The partial dissent also expresses concern that the majority opinion suggests a larger role for the Supreme Court in reviewing trial courts’ decisions to admit evidence than has traditionally been the case.

In response to the partial dissent, the majority opinion states, “Merely piling on more evidence to show the supposedly limitless extent of Appellant’s sexual ‘depravity’ (as the dissent puts it) did nothing to strengthen the link between his sexual obsession and the key question at
trial—did this obsession motivate Appellant to kill Cooper?”

The last few pages of the majority opinion address other evidentiary issues that are likely to recur if the State chooses to retry Harris. In particular, the opinion concludes that the trial court did not abuse its discretion in ordering Harris to disclose to the State notes written by a
potential expert witness whom Harris consulted about incidents involving children forgotten in cars and that it was not an abuse of discretion by the trial court to allow the jury to view a threedimensional computer model of Harris’s SUV as a demonstrative aid, but that the trial court
abused its discretion in limiting Harris’s examination of a police detective who made allegedly false statements in affidavits for search warrants. 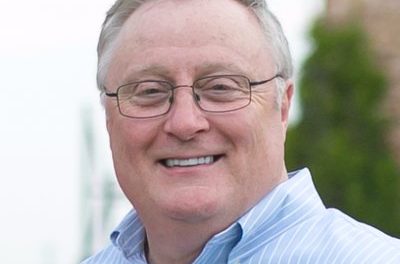