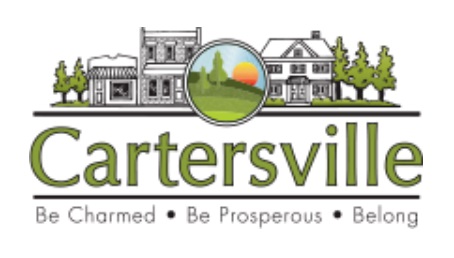 Cartersville’s annual Fourth of July celebration returns in 2022 with events on Monday. The events are presented by the Rotary Club of Etowah with WBHF FM 100.3 and AM 1450 coordinating the parade with the Rotary Club.  The presenting sponsor for the parade is Shottenkirk Honda. The parade down Main Street in downtown Cartersville begins at 9 a.m. in the Tabernacle Baptist Church parking lot. The procession, which leaves Douglas Street, turns right onto Church Street, then continues to make a left on Bartow Street, left on Main Street, left on Tennessee Street and left on East Church Street. It ends back at the church.

This year’s Grand Marshal is Cartersville Purple Hurricane, Auburn Tiger and NFL running back Ronnie Brown. Ronnie was the AA Player of the Year in 1999 when he led the Hurricanes to a state championship and a perfect 15-0 record. He attended Auburn University and majored in communications. Ronnie amassed over 3,300 yards in total offense during his collegiate career, and he was a two time, second team All-SEC honoree and the MVP of the 2003 Citrus Bowl. Brown was the second overall pick in the 2005 draft by the Miami Dolphins where he played for six of his ten NFL seasons. He earned a Pro Bowl selection in 2008. Ronnie was inducted into the Alabama Sports Hall of Fame in 2020. He works as a financial advisor, and resides in metro Atlanta with his wife Taylor. They have two children, Reagan and Rhys.

“We are thrilled to have Shottenkirk Honda as the presenting sponsor of the parade this year, and we are still actively looking for parade participants”, stated WBHF station manager and Rotary Club of Etowah member, Matt Santini, when asked about the parade. “The Fourth of July Parade is one of the community service projects that we have taken on here at WBHF, and we are working with the Rotary Club of Etowah to the tradition of this parade.” In addition to honoring Ronnie Brown as our Grand Marshal, we will also be honoring our veterans and first responders. “As our community has grown, so has the workload of the police, fire, and EMS professionals who are saving and protecting lives every day. We felt like this parade was a great opportunity to recognize their professionalism and dedication as well.”

Proceeds from the parade benefit local charities through the Rotary Club of Etowah. A parade application and information about the parade can be found on the Etowah Rotary Club website at etowahrotary.com/4th-of-july.

The July 4th Celebration at Dellinger Park is a community- wide event that includes Arts & Crafts, children’s activities, entertainment and the largest fireworks ever!!  All activities, other than the downtown parade, are on Monday, July 4th at Dellinger Park on the huge football field.  Park activities start at 3:00 p.m. and continue until 10:00 p.m.

VIP Tables are available at Dellinger Park. For $200 you get a reserved table for ten that will give you a great view of the Century Bank Concert Stage and the fireworks show and a reserved parking spot at the park. These tables must be reserved in advance of the event. The VIP form is also available online at etowahrotary.com/4th-of-july.

Admission to Dellinger Park is free and parking is $10.00 per vehicle. More than 15,000 people are expected to celebrate the Fourth of July at Dellinger Park. Organizers of the activities at Dellinger say that Thanks to City of Cartersville, Bartow County and Century Bank of Georgia that they will again have a huge fireworks display.  Fireworks will launch from Dellinger Park about 9:30 p.m. 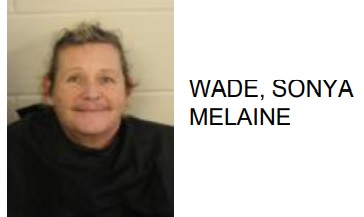