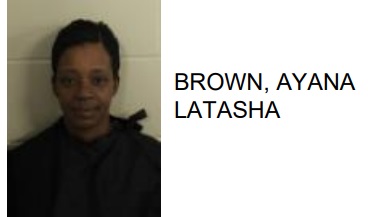 Ayana Latasha Brown, 46 of Rome, was arrested this week after police said she was found with several packages of marijuana after she allowed a four-year-old child to be struck by a vehicle.

Police said that the child was hit by a vehicle near the Garden Inn and Suites.

A search of the room led police to find the marijuana in the room with Brown and the child.

The smoke detector in the room was also found with a piece of plastic covering it.

Brown is charged with possession of marijuana, possession with intent to distribute a controlled substance and cruelty to children in the second degree.

A 4 year-old Floyd County child is in serious condition after being struck by a vehicle early Friday morning in West Rome.

Police responded to the area of Alabama Highway and Blankenship Place around 1 a.m. on December 10 for reports of a serious injury crash. The area is located between the city limits and the movie theater in Coosa.

Witnesses reported seeing a child running in the center turn lane toward the city limits, prompting a passerby to stop and attempt to hem up the child. The toddler darted away from the person and entered a lane of travel where he was struck by a 2020 Hyundai Elantra traveling west.

The toddler is not being identified at this time.

It was later determined that the child had been staying with family at the nearby Garden Inn & Suites and had left the room while his guardians were unaware. He was transported to Floyd Medical Center for evaluation but later transferred to a children’s hospital in Atlanta.

The driver of the Elantra is not being charged 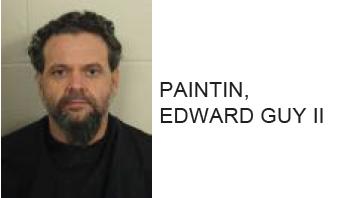 Rome Man Illegally Found to have a Gun