A911 cal Tuesday nightl was received that a woman had reported being robbed of her automobile on State Route 225 near Calhoun. The woman, subsequently identified as one Kimberly L. Cox, age 41, of Calhoun, told investigating detectives that when she’d stopped to pick up a couple that she “recognized”, they robbed her of her car at gun and knifepoint.

She said she was left in the road and walked southward in to Calhoun. A ‘look-out’ for the automobile was broadcast to other deputies by radio after which a deputy sheriff discovered the vehicle at a local motel near US 41 / Interstate 75.

Deputies stopped this car, which was found to be occupied by Chad Poarch, age 41 and Brian Carey, age 38, both of Calhoun.

Poarch was searched and found to be in possession of a large amount of heroin.

Carey was wanted on an outstanding warrant for an unrelated charge and was jailed as well. Subsequent evidence was collected by the investigating detectives which resulted in the conclusion that no robbery had actually occurred.

Cox was arrested herself and charged with Giving False Statements, False Report of a Crime, as well as Possession of Methamphetamine after a search revealed drugs on her person. Poarch has been charged with Trafficking Heroin, and Theft. 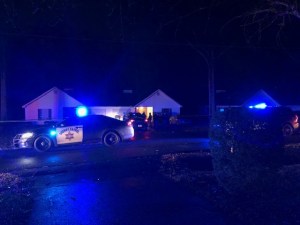