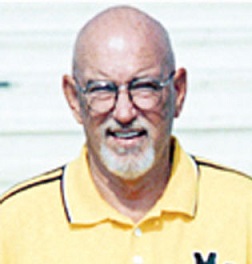 One of the winningest football coaches in Armuchee High School history, John Mullinax, has died at the age of 75 years.

Mullinax who coached the Indians from 2004-2011, died Sunday in Tellico Plains, Tennessee.

Mullinax had been battling lung cancer since 2015.

While leding Armuchee he compiled a record of 29-46. Under Mullinax, the Indians reached the state playoffs in 2009, but fell to Westminster in the opening round 28-6.

After Armuchee, Mullinax became the head coach at Tellico Plains High School, where he would serve there until retiring at the end of the 2018 season.

Mullinax also spent 19 seasons as head coach of McMinn County High School in Athens, Tennessee, where he led the program to 11 state playoff appearances, including three 10-plus win seasons.

Berry’s David Beasley to be Inducted into Hall of Fame

In the Mind of Tony Potts – High School Football, Here we GO!