Rome Woman Jailed After pulling gun on Another in Public Park 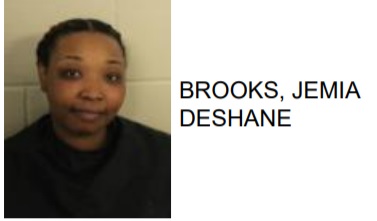 Jemia Deshane Brooks, 36 of Rome, was arrested this week after reports said she pulled and pointed a gun at another woman at Banty Jones Park.

Reports stated that the assault occurred back on March 29 of this year.

Brooks is charged with aggravated assault and pointing a gun at another.