To be… or Not to be.. The Mad Mad Mark Miller

The world is lost in confusion right now and the United States is no different. We are dealing with a virus that nobody seems inclined to tell us the truth about. Violence has erupted in major cities across the nation. Many folks would tell you that sports should be the last of our concerns at this point. I disagree, sports are supposed to be an escape from the craziness of the real world. That is if we can get the sports entities to refrain from dragging those horrid news stories into every sporting event, but that is a discussion for another day. Here in the deep south one question overrides nearly every other. Will there be college football this season?

The simple, and accurate, answer is “Nobody knows”. There are very legitimate arguments for both sides of this debate. First and foremost, safety must be the primary consideration, especially the safety of the players. Now, some of you will respond with the knee-jerk reaction that if safety is the top priority than there should be no discussion of a football season. Again, I must respectfully disagree. First, we must avoid the trap of thinking the only danger for these young people is covid-19. Many of these players live in areas that are not known for being a safe environment. It may well be that for some of these players they are safer from everything including covid if they are on campus and not at home.

Then there is the ramifications for all scholarship athletes, not just football players, if no 2020 football season transpires. College football pays the bills for virtually every other scholarship sport at the vast majority of universities. The University of Florida took in nearly 30 million dollars in attendance revenue in football. Without a football season, many schools will be forced to begin shutting down some sports entirely because their athletic department revenue will not sustain these sports. That will mean athletes who have been getting an opportunity to escape a less than stellar environment and get able to earn a college degree will be left out in the cold. This will happen to at least some extent everywhere if there is no college football season this year. Stanford has already eliminated some sports programs. So, let’s assume every effort is going to be made to play some semblance of a season. There are multiple suggested scenarios for said season. These include playing a normal and complete season as scheduled, playing just conference games in a shortened schedule that begins nearly on time, play a shortened season but starting it later in the fall or just waiting and playing in the spring. Let’ look at those options.

While a full schedule as planned would be wonderful, I cannot see any way for that to happen. Two Power 5 conferences have already officially announced a conference games only plan. That may change to conference games plus one to allow for traditional rivalry games like Florida-Florida State, Georgia- Georgia Tech, South Carolina-Clemson and Kentucky-Louisville but that remains to be seen. One problem with this scenario is that different conferences play a different number of in-conference games therefore it is likely that not everyone will have played the same number of games in this regular season but that is not a huge issue under these strange circumstances. This scenario would allow for some flexibility in reworking schedules, a legitimate champion for each of the Power 5 conferences and enough on the field data for a reasonably accurate decision on participants in the playoff at seasons end. Any shortened season can be started as late as the beginning of October if need be and still finish at the first of next year like usual.

The final option, a football season is the spring sounds great at first because surely this virus cannot last forever, right? However, a spring season brings on its own list of problems. First and foremost, is the players themselves. It is unlikely that any player who is comfortable with their status for the upcoming NFL draft would participate in a spring season. The NFL is not going to alter their schedule for college football and that includes the draft and combine. If forced to choose between playing another season of college football or attending the NFL draft combine, I think you can figure out what will transpire. While a spring season will continue to be a topic of discussion, it would be an absolute last resort option.

And then there is the question of players opting out of any season from fear of the virus. While we have not seen or heard of this yet, it remains a possibility as the season grows nearer. I would respect anyone’s decision not to take the risk, that is a choice each much make for themselves. Fortunately for college football, 19*year-old young men think they are immortal. I caught venomous snakes at that age. If left to their own decision, I imagine most players will choose to play.

I reiterate, that at this point nobody has any real clue what will transpire in any part of our lives over the next few months and that includes the sports world. If forced to make a guess as it pertains to college football, I think a season will happen. I think it will be a shortened schedule to at least some extent. I would not be surprised if the opening weekend is moved to October to buy more time. I am not confident that a full bowl season will take place. I suspect that decision will be made later after we see how difficult it was to play a regular season and if the virus suddenly dwindles in November. What I have no doubt at all about is that this is going to create financial ruin for some programs. Small conference school that make the lion share of their budget dollars by traveling to play the Power 5 programs are not going to get those paydays this year and those ramifications will be devastating to some schools. College football fans should be thrilled to get any semblance of a season for 2020 and just accept the differences. 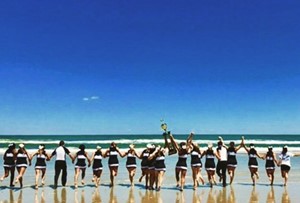