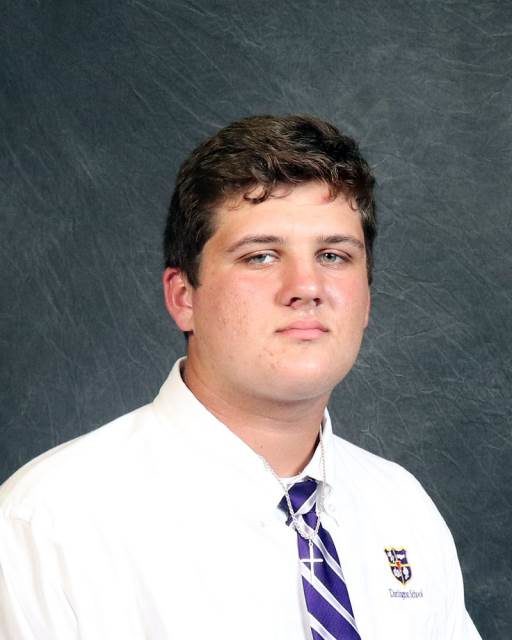 This weekend Tate Ratledge (‘20) joined elite football players from around the region at the Atlanta Opening, an event that is considered to be one of the more talented events on the spring camp circuit. While there, Ratledge earned “Alpha Dog” honors from the 247 Sports Network and was selected as the Offensive Line MVP.

The honors from this weekend for Ratledge, however, didn’t stop there. In a brief afternoon ceremony after classes wrapped up at Darlington School, Ratledge learned that he had been selected to play in the All-American Bowl which will be held in January, 2020 in San Antonio, Texas. This honor not only places him among the top 100 high school football players in the nation but from a position standpoint in the top 10 offensive lineman in the nation.

“We knew that Tate was a candidate to be selected for the All-American Bowl, but after his showing this past weekend as the overall MVP at the Atlanta Opening we knew his spot was secured,” said Tommy Atha, assistant athletic director and head football coach. “This selection is not only an honor for Tate, but it is an honor for the Darlington football program and Darlington School. In addition to the invitation to play in the game, Tate is also officially recognized as a High School All-American.”

The All-American Selection Committee is comprised of 247Sports, and All American Games and its regional scouting network. From millions of high school football players, the Selection Committee evaluates thousands of the nation’s top prospects on an annual basis from the time they enter high school and from the evaluation process, players are selected and invited to play in the All-American Bowl.

Selection as an All-American is extremely uncommon, and is reserved for only the best 100 football players in the country.

“This honor is indicative of the hard work put in by Tate and his teammates throughout the year in preparation for football season,” Atha continued. “We are excited and honored for him and us. It’s a great day to be a Tiger!” 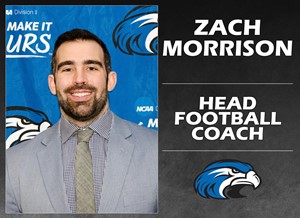