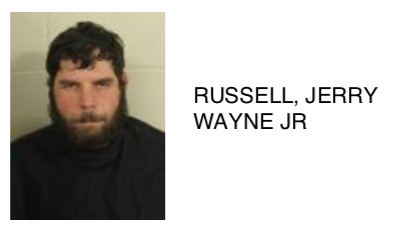 Jerry Russell, 41, of Rome was arrested this week for being in possession of drugs.

According to police, Russell was asked to exit a vehicle of which he was a passenger of. When outside the vehicle he began to walk away and refused to stop when asked to do so.

Russell was seen throwing two sandwich baggies away. It was found that one bag contained cocaine and the other contained marijuana.

Russell is charged with felony possession of a controlled substance, possession of less than an ounce of marijuana, and willful obstruction of law enforcement.