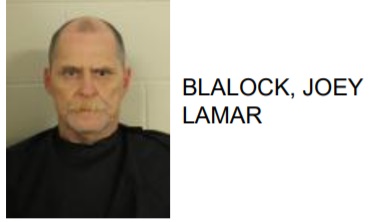 Joey Lamar Blalock, 55 of Rome, was arrested this week after a traffic stop turned up a gun and drugs.

Reports said that Blalock was pulled over by deputies when he allegedly failed to maintain his lane numerous times while driving on Highway 293 at MLK Blvd.

A search of the vehicle led deputies to find a bag of suspected Clonazepam and a stolen handgun.