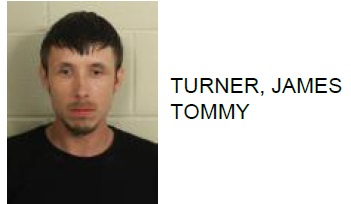 A Rome man with a trouble path, James Tommy Turner, 31 of 121 Drummond Drive in Rome, was jailed again this week when police said he was found to be in possession of methamphetamine at a location on North Broad Street.

The driver of  the vehicle, Salina Marie Suits, 41 of 85 Hawkins Road in Armuchee, was also arrested. 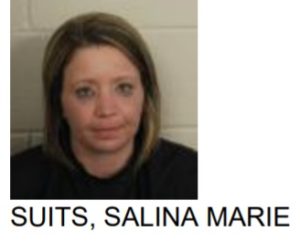 Reports said that she was pulled over for driving without headlights on.

Police went on to say that they found with a glass smoking pipe containing the drug, as well as an open can of alcohol and a plastic cup containing the beverage.

Turner is charged with possesion of meth, open container and possession of drug related objects.

Suits is charged with possession of methamphetamine, possession of drug related objects, open container, driving on a suspended license and a headlight violation.

A Roman man who has been arrested numerous times is back in jail again this week. Tommy James Turner, 31, was jailed when he allegedly kicked down a door to a home and then proceeded to kick a dent into the same victim’s vehicle.

The incident occurred at a home on Drummond Drive.

Reports stated that over $500 in damage was done to the victim’s property.

Turner is charged with felony criminal damage to property, and misdemeanors for shoplifting and obstruction of law enforcement officers.

James Tommy Turner, 30 of Rome, was arrested this week after allegedly nearly striking several pedestrians while driving a vehicle on a suspended license on Worsham Avenue.

Reports added that Turner then proceeded to flee from police following an attempt to conduct a traffic stop, in the process almost hitting a patrol car on Worsham Street at Maple Avenue.  Police added that Turner then also almost caused numerous vehicle accidents while driving at a high rate of speed before abandoning his vehicle at 3 E 19th Street.

The incident occurred on September 19t of this year.

An inmate at the Floyd County Jail has been charged with a burglary that occurred last June 18th. Reports stated that James Tommy Turner, 29 of Rome, burglarized a home on Agnes Street.

Turner was arrested on June 22nd and charged with battery and obstruction of law enforcement. 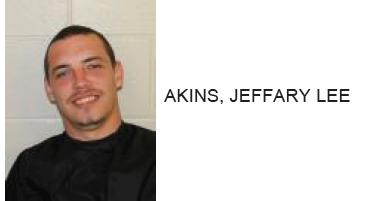