Bryson-Taylor Wayne Banks, a former Cartersville, Georgia police officer, was sentenced to federal prison for notifying drug traffickers that the FBI was conducting a court-authorized wiretap of their phones.

“The defendant chose to protect a network of drug dealers and attempted to cover up his illegal conduct by sabotaging an FBI investigation,” said U.S. Attorney Byung J. “BJay” Pak.  “When those who are sworn to protect the public violate their oath, they will be prosecuted for their misconduct.”

“Not only did Banks violate the trust of the community he served as a law enforcement officer, he undermined an FBI investigation and put law enforcement officers in imminent danger,” said David J. LeValley, Special Agent in Charge of FBI Atlanta. “By choosing to align himself with drug dealers he has earned a sentence that will allow him to spend more time with them in prison.”

According to U.S. Attorney Pak, the charges and other information presented in court: In 2015, Banks, then an officer with the Cartersville Police Department and member of the Bartow-Cartersville Drug Task Force, was investigating a number of drug traffickers operating in the Cartersville area, including Tomas Pineda Mendoza, using a female confidential source (“CS”) to obtain information about the network.  In cultivating his relationship with the CS, Banks improperly gave her information from law enforcement databases and illegally sent her a picture of another cooperating source.

Separately, the FBI was investigating an inmate in a Georgia state prison, Francisco Palacios Baras, a/k/a “Shorty,” who was using contraband cell phones to coordinate methamphetamine transactions outside of the prison.  Using a court-authorized wiretap on two of Shorty’s cell phones, the FBI learned that Mendoza was one of Shorty’s associates, and that Mendoza was scheduled to pick up two kilograms of methamphetamine.  The FBI also learned that the CS had been storing drugs for Mendoza.  The FBI planned to arrest Mendoza after he picked up the drugs, and to search the CS’s house.

The morning of the planned arrest, in the interest of sharing information and coordinating operations with fellow law enforcement agencies, an FBI agent informed Banks of the wiretap investigation and the plan to arrest Mendoza and search the CS’s house.  At that time, the FBI did not know that Banks had been illegally providing the CS with confidential information that allowed the drug traffickers to identify federal agents and other cooperating sources.  Banks, knowing that Mendoza was about to be arrested and that the CS’s house may contain drugs and evidence of the information Banks had illegally been providing to her, contacted his CS and instructed her to tell Mendoza to not pick up drugs that day because the FBI planned to arrest him.  Banks also told the CS that the FBI knew about Mendoza because they were wiretapping Shorty’s phones.

Mendoza did not pick up the methamphetamine as planned, but was intercepted over the wiretap calling Shorty and telling him that “one of the girls” had warned Mendoza not to pick up the drugs.  Mendoza said that he had identified the agents watching his apartment, as “the girl” had warned, and that law enforcement was listening to Shorty’s phones.  Following this, Shorty stopped using the phones being wiretapped by the FBI.

With the arrest plan compromised, the surveillance team identified, and the wiretap exposed, the FBI agents had to take precautions for agents’ personal safety and try to rebuild the investigation.  Fortunately, the renewed investigation was ultimately successful, resulting in Shorty and Mendoza being arrested and sentenced to nine years and seven months and 10 years and 10 months of imprisonment, respectively, for conspiracy to distribute methamphetamine.

Bryson-Taylor Wayne Banks, 31, of Calhoun, Georgia was sentenced by U.S. District Judge Harold L. Murphy to one year, six months in prison, to be followed by three years of supervised release. Banks pleaded guilty to unlawful notification of electronic surveillance on March 1, 2018. 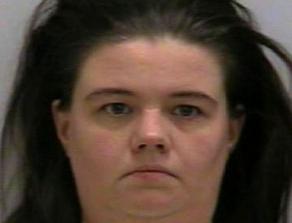 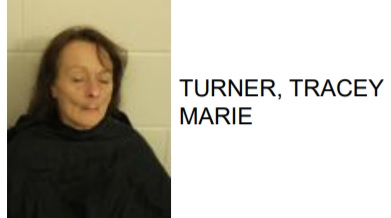