Dale Lamar Sartin, 57 of Lindale, was arrested after the Rome Floyd Metro Drug Task Force executed a search warrant at his home on Miller Mountain Road and in the process finding a large amount of drugs.

Reports said that Sartin was found in possession of marijuana and scales containing the drug.

Officers said that during the search they recovered six and a half pounds of marijuana, as well as prescription medication and an undisclsoed amount of cash. 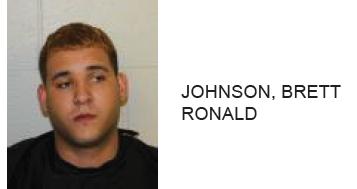