Two Rome teens were sentenced for their role in the armed robbery of John’s Grocery Store on Thursday.

Brayden James Routledge, 18, the getaway car driver, was sentenced to 20 years, with five to serve.  Routledge pleaded guilty to a lesser robbery charge after assisting investigators in the case.

Routledge pleaded guilty to a robbery charge but has not been sentenced yet. Bell pled guilty to charges of armed robbery and aggravated assault and was sentenced to serve 20 years in prison on Friday.

Floyd County police have officially charged 19 yr. old Billy Bell and 17 yr. old Raquavious Driver both of Rome, with the armed robbery of John’s Grocery back on January 17, 2017.

Both Bell, and Driver were already incarcerated on robbery charges that occurred in the city involving taxi cabs.

Floyd County Police have arrested numerous people for the armed robbery of John’s Grocery Store on Kingston Hwy Tuesday.  After an investigation, Jabrious Smith, 17, was arrested late Tuesday and then on Wednesday, Brayden Routledge was taken into custody.

Both Smith and Routledge have been charged with armed robbery.

Two others, Raquavious Driver, 17 of Rome,  Billy Kennedy Bell, 19 of Rome, were also arrested on Wednesday for separate charges.

Driver is charged with arranging and cooperating with at least two individuals to steal a wallet from the drivers of two separate taxi cab drivers.

Driver is charged stealing cash from a taxi driver at Tamassee Lane back on September 2, 2016.

Driver is charged with robbery.

Bell is charged with two counts of robbery and probation violation.

Sources told Coosa Valley News that both Driver and Bell are allegedly involved in the robbery of John’s Grocery Store as well.

Investigator Amy Nails declined to comment on the connection between the suspects and the possible additional charges.

Reports said the store was robbed by three black males, all appearing to be teenagers around 4 pm.

One of the suspects walked into the store and proceeded to point a gun at the clerk before demanding money.

No one was injured in the incident.

If you have any information on this incident you are asked to contact Floyd County Police.

Smith is charged with armed robbery.

Smith is listed on the basketball team roster.

Reports stated that the suspects were described as teens wearing hoodies and mask over their face.

Police said that they were searching for blue pickup truck.

Check back later for additional details. 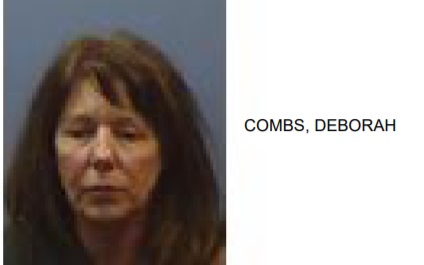