Ruth Ann Kyle , 18 of Rome,  was arrested on Tuesday after she allegedly attacked a woman on Copeland Street.   Reports also stated that Kyle was wanted for filing a false report on another man, which resulted in his arrest.

Kyle is accused of “intentionally causing bodily harm to the victim” back on March 29th.

Reports stated went on to state that Kyle filed false reports on April 3 and April 12 of this year.  The reports resulted in the arrest of Jeremy Harper.

An inmate at the Floyd County Jail, Jeremy Labron Harper, 28 of Rome, is facing additional charges after he attempted to influence or intimidate a witness. 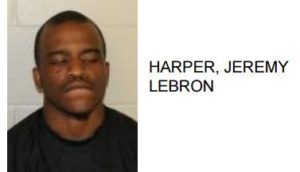 Reports stated that Harper sent numerous text messages threatening to kill a woman. The next day he called the victim 12 times in just over an hour.  Reports added that Harper repeatedly yelled and cursed at the woman while demanding she drop the charges on him.

Harper has been in jail since March 30th after being arrested on two counts of simple battery, criminal trespass and parole violation.

He is now additionally charged with felony terroristic threats and influencing or intimidating a witness.

Harper was originally arrested March 30 on two counts of simple battery and one count of criminal trespassing, as well as a parole violation.

Photos from this Weekend’s Shop with a Cop