A Georgia State Patrol trooper arrested 41 year-old Michael Dwayne Brookshire, of Acworth, in Rome over the weekend on numerous charges following a traffic stop. Reports said that Brookshire was pulled over at the intersection of Shorter Avenue and Horseleg Creek Road for a seatbelt violation.

However, the trooper was notified during the stop that Brookeshire had an outstanding warrant for his arrest.

While being booked into the Floyd County Jail, officers located a bag of suspected marijuana on him.

Brookshire is charged with felony crossing the guard line with drugs and the misdemeanors seatbelt violation, possession of less than an ounce of marijuana and parole violation. 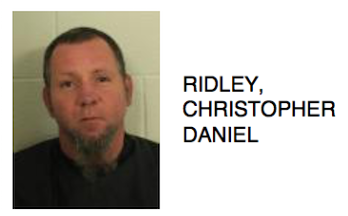