Another Arrest Made from Gambling Raids in Rome

Jintendra Raval, 38 of Dallas, was booked into the Floyd County Jail this week in connection with a commercial gambling raid that occurred in Rome last December.  Raval was initially arrested in Miami, Florida before being extradited back to Rome.

Raval is the owner of Garden Lakes Food and Beverage located at 2022 Redmond Circle.

Two arrests have been made, with more expected, following the raid of seven Floyd County convenience stores on Wednesday. Police charged Madhur Gupta, 35, with two counts of commercial gambling and Mehrunnisha Kalavant, 31, with one count.

Gupta is the owner of the Calhoun Quick Stop and the Maple Quick Stop, while Kalavant owns the One Stop Shop.

Search warrants were served at seven (7) business locations. While searching the locations, agents collected evidence related to crimes of commercial gambling and seized monetary assets gained from the illegal use of gaming machines.

All of the locations are currently licensed to operate Coin Operated Amusement Machines.  However, during the course of the investigation, agents discovered customers were receiving cash payouts for winning credits.  In Georgia, credits may only be redeemed for lottery tickets and/or store merchandise.

Search warrants were executed at the following business locations:

Multiple arrests are pending.  In total, more than 80 Agents, Investigators, Police Officers and Sheriff’s Deputies launched the raids in a simultaneous and coordinated fashion. 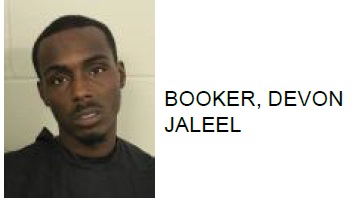