Mr. Robert Hampton Holcombe, age 90, of Rome, Georgia passed away peacefully as he listened to the Sunday service, while surrounded by his family on January 8, 2023. Known as Hamp to all those who knew him he lived a long and fulfilled life.

Hamp was born on February 7, 1932, in Tallapoosa, Georgia to the late Clifford and Ida Holcombe. He grew up in a loving household surrounded by his two sisters and three brothers. He graduated high school in 1949 and joined the army in 1952, serving until 1954 during the Korean War. He then began his career as a Georgia State Trooper in 1955, graduating in the 18th class of the Georgia State Patrol. He started as license examiner and worked hard to retire in 1987 as a Major under Hugh Hardison. He was stationed in multiple posts and opened the State Patrol Post in Rome Georgia in 1966. He loved working as a state trooper, and he created many friendships that have lasted throughout the years. He had the privilege of meeting multiple governors and even the president while working. He drove all over the state and sometimes even other states, he truly enjoyed his job. He had every post number in the state of Georgia memorized, as well as most roads and highways, he was a very smart man. He thought of the State Troopers as family and continued to go to events held by Patrol even after retirement. Once retired he was able to focus more on his hobbies of woodwork, gardening, and spending time with his family. He grew lots of plants and loved sharing his produce with friends and family, and continued even up to last season when he had 6 tomato plants.

His biggest blessing was when he made the decision to marry Betty Jo Chandler on February 16, 1952. She was the love of his life and they had the privilege of spending 68 special years together before her passing in 2021. They moved back to Rome in 1969 and fell in love with the community and they never left. Hamp had one son, his super buddy as he called him, Robert Hampton Holcombe Jr. He was Hamp’s pride and Joy. He also had three granddaughters whom he loved greatly, Avery, Chandler, and Blair. He and Betty Jo built a strong foundation of faith at New Armuchee Baptist Church. They sat in the same pew for over 50 years creating lasting friendships and bonds with all those they met. Hamp was a God fearing man who used his faith to help those around him. Those that knew him, knew he loved the Lord.

He is preceded in death by his parents, siblings, and wife. He is survived by his son and daughter in law, Robert and Abby Holcombe, his granddaughters Avery, Chandler, Blair (Michael Weiksner), his big brother Bud and several nieces and nephews.

The family would like to thank the nurses at Floyd Medical Center and the palliative care team who took such outstanding care of Hamp.

The Georgia State Patrol Honor Guard will be present to honor his service and dedication to his state and country. All active and retired State Troopers will be honorary pallbearers.

In lieu of flowers, the family request donations be made to New Armuchee Baptist Church. 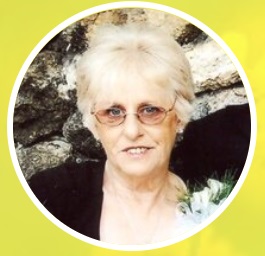