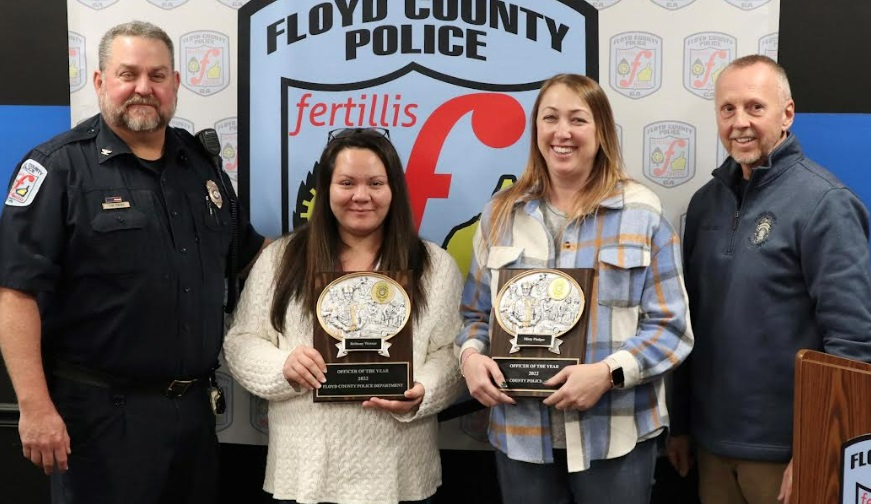 Two senior investigators have been honored for their empathy and teamwork in solving a murder that initially began as a missing person report in Armuchee this year. Their work in that case makes them Officers of the Year for 2022.

The case began in the spring when police were contacted by a citizen who had not spoken to his sister in quite a while. The investigators followed up at the woman’s home which was shared with her grandson. Suspecting foul play, Pledger and Werner interviewed the grandson and obtained a confession that pointed them to a freezer where the missing grandmother had been stowed away for several months.

“As this sad case proceeds through the criminal justice system, we cannot lose sight of the amazing work performed by the investigators,” said Chief Mark Wallace during the presentation. “Not only did they exhibit empathy and a caring attitude for an elderly victim, but they also showed amazing investigative knowledge and skill.”

“Both investigators are proudly commended for their humanity, dedication to duty and teamworking spirit,” Chief Wallace said. “Their work has been a credit to themselves, the police department and the entire community.”

First Quarter
Officer Sangphim received a call concerning the welfare of minor children at a home in the area where he was patrolling. When he arrived he smelled the strong odor of drugs and later found a felony amount of drugs and firearms in the home. Three adults in that home were arrested and the children were placed in the protective care of others in the family.

Second Quarter
Officers were dispatched to a deadly construction accident in Armuchee that included several serious injuries and one death. Upon their arrival, officers found heavy equipment perched in a precarious position, yet with no concern for their own safety they tended to the injured until medical personnel could arrive. Officers Harbin, Matthews, Obryan and Walters continued to direct resources to the scene even after rescuers arrived.

Third Quarter
Officer Puckett and other members of the traffic enforcement team were patrolling near Cave Spring when they observed a fiery crash involving a tractor-trailer. Puckett was able to free a driver from part of the wreckage and carried her away from the scene while other officers used fire extinguishers to battle the flame.

Fourth Quarter
County officers responded with city police to an address in Garden Lakes where a teen had been shot. Officers Masciovecchio and Quijada were first to arrive and located the suspect, at which time they detained him for investigating officers. 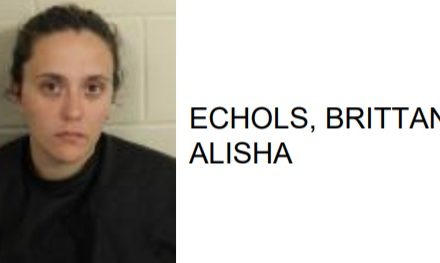 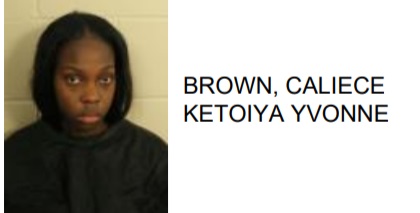 Rome Teen Charged with Being Reckless 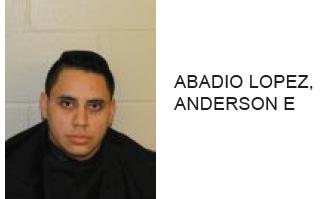