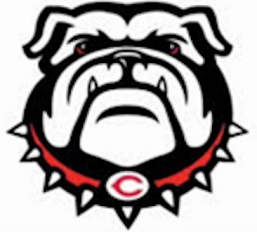 The Cedartown Bulldogs football team was one yard short of a state championship amidst pouring rain at Center Parc Stadium in Atlanta on Friday.

The undefeated season came to an end with a 14-13 loss to Benedictine.

Cedartown had the ball 1st and goal with under two minutes left to play and on four straight runs up the middle fell short of taking home the state championship.

Cedartown had scored on the previous drive but missed an extra point to tie the game.  This came after trailing 14-10 in early in the 2nd half.

Head coach Jamie Abrams opted to run the ball instead of attempting a game winning field goal. This marked the 2nd year in a row Cedartown exited the playoffs to a 1 point loss. Last year the Bulldogs lost in the semifinals to Carver-Columbus 21-20.

In the Mind of Tony Potts – March Madness