Mr. Carruth was born on July 29, 1935, son of the late John Perry Carruth, Sr. and the late Geneva Smith Carruth. He was a graduate of Gadsden High School as well as Jacksonville State University, where he was a founding member of the Jacksonville State “Marching Southerners”. Mr. Carruth was the Band Director at East Rome High School, was a founding member of the 8th Regiment Band, and served as conductor of the Rome Symphony Orchestra. He was a true music lover, an American History buff, and loved anything with a motor, especially motorcycles.  Mr. Carruth was a member of the Fellowship Baptist Church and was preceded in death by a brother, Robert Carruth, and by a grandson, Adam Cleveland.

A memorial Service will be held at 2pm on Sunday, November 20, 2022, in the Chapel at Henderson & Sons Funeral Home, North Chapel. Dr. Casey Thomas will deliver the eulogy.

The family will receive friends on Sunday from 12:30pm until service time at Henderson & Sons Funeral Home, North Chapel. 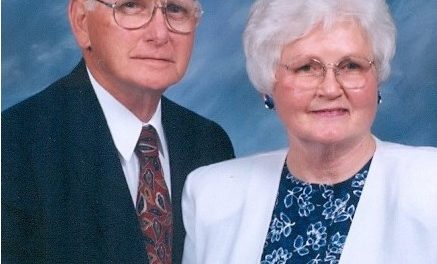 After 70 Years Rome Couple Passes Away within Days