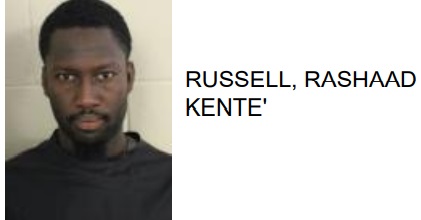 Rashaad Kente Russell, 27 of Rome, was arrested this week after reports said he attempted to murder his father with a metal baseball bat.

Reports added that Russell screamed profanities, with children around, while committing the act.

The incident occurred on Etowah Terrace.

Russell is charged with aggravated assault and disorderly conduct.

SECOND AUTOMATED ENFORCEMENT OF SCHOOL ZONE TO START IN ROME