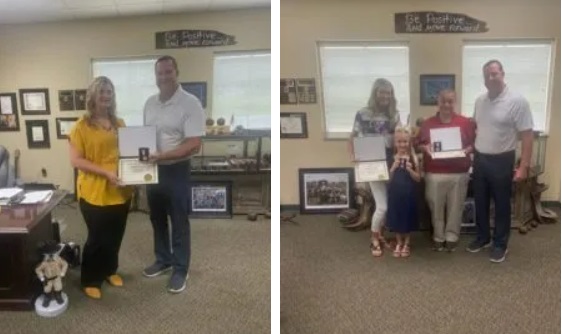 Sheriff Mitch Ralston recognized a trio of private citizens for deeds of good citizenship, coming to the rescue of others, and aiding the Sheriff’s Office. Ms. Heather Goss of Calhoun, was recognized for her creditable service in helping to locate a missing Gordon County man in late May (2022) as well as “protecting his financial assets”. Ms. Goss helped investigating detectives track and located the missing man, who was found in the metropolitan Atlanta area, and who’d been in danger of being financially victimized.

In an unrelated incident (also) in late May (2022), Mr. Phillip Henson of Resaca, and Ms. Ashley Black of Waleska, Georgia, were recognized for aiding and assisting emergency personnel in locating and rescuing an elderly woman who tumbled down a steep embankment on an isolated stretch of State Route 225. They promptly summoned emergency personnel and “remained on scene to direct authorities to the victim”, who was removed from the scene without harm. Officers who responded said it was highly unlikely the victim could’ve been located safely without Mr. Henson’s and Ms. Black’s assistance.

“It gives me great pleasure to recognize these fine folks with Citizen Service Awards today. They are a credit to themselves, their families, and their community. I speak on behalf not just of my Office but also of the victims in these respective incidents in offering the most sincere thanks to Ms. Goss, Ms. Black, and Mr. Henson for their selfless actions.” 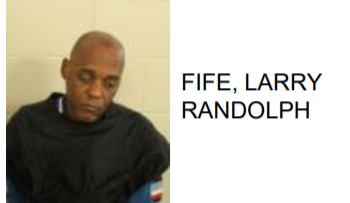 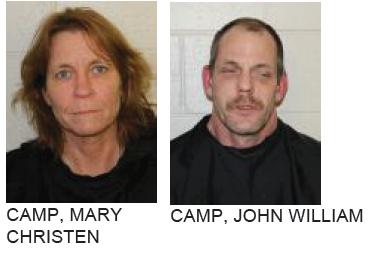 Husband and Wife Arrested for Domestic Dispute in Rome

Rome Man Arrested for Being a Fugitive, Obstruction