Jacob Daniel Davis, 19 of Kingston, was arrested this week in Rome after reports said he placed a “large knife to the side of a woman’s throat”.

Reports added that the victim suffered a visible injury form the attack.

The incident occurred back on January 7th at a home on Ireland Drive.

Davis is charged with aggravated assault. 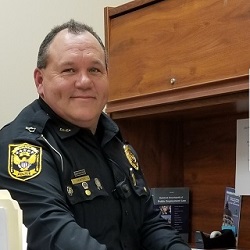 Arrest Made in Rome Armed Robbery