LaFayette Police answered a “disturbance” call Monday, from a North Main Street restaurant… where they found a woman who appeared to be under the influence of drugs, according to the report.

When she refused medical transport, they told her to “go home” and she walked away.

Minutes later, a call came in from Carriage Hill Apartments, saying that a woman was raising her shirt and exposing herself.  When officers arrived, the woman had no pants on.

Forty-one-year-old Keisha Leah Walker of a North Highway 27, LaFayette address, was taken to jail on a public indecency charge. 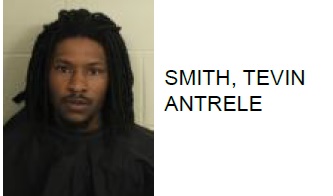