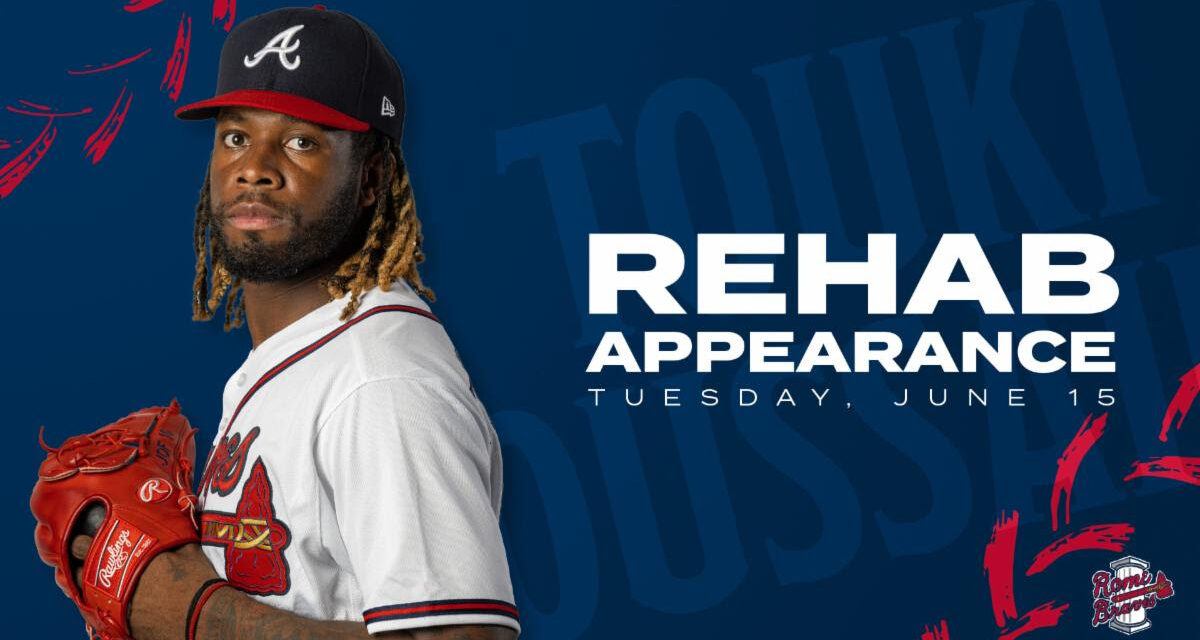 The Rome Braves announced that Atlanta Braves pitcher Touki Toussaint is scheduled to make a rehab appearance at State Mutual Stadium on Tuesday, June 15 at 7 p.m. vs. the Bowling Green Hot Rods.

Toussaint, the native of Haiti, is in his seventh season in the Braves organization, and has spent parts of the past three seasons with the Atlanta Braves. Throughout his MLB career, Toussaint has compiled a 5.97 ERA with a 6-3 record in 38 appearances. In the 2015 and 2016 seasons, Toussaint made 34 starts and 37 appearances with the Rome Braves with a combined 4.25 ERA in 220 innings pitched. Tuesday’s game will mark Toussaint’s first appearance since Spring Training on March 22, 2021 vs. the Minnesota Twins.

He owned a 2.00 ERA in nine innings pitched and nine strikeouts. Tuesday’s game is also another $2 Tuesday. Fans can take advantage of $2 off seating bowl tickets, $2 hot dogs, $2 popcorn, $2 12-ounce fountain drinks and $2 domestic draft beverages all night long. To purchase tickets visi romebraves.com/tickets or call the box office at 706-378-5144.